At the age of three, Caitlin and her younger brother were abandoned in an empty building in a small city 120 miles southeast of Moscow, Russia, in the dead of winter. Passersby luckily discovered the freezing children and for the next year, they were treated for pneumonia in a local hospital before entering the orphan system. Over the next two decades, Caitlin was institutionalized, in some capacity or another, while looking for stability, love, and hope.

Life in the orphanage was often brutal. Caitlin was raped by a fellow orphan when she was just five and was physically abused by the staff and even starved. Two years later, a family from New England adopted her, but life in America turned out to be a far cry from the dream so often advertised.

Caitlin’s new surroundings might not have been the dingy confines of a Russian building, but they proved prisonlike all the same. Her new bedroom came complete with an exterior door lock, alarm system, and even a camera producing a live feed for her parents. The young girl was often neglected while the remainder of the family enjoyed a normal existence.

“I never developed a relationship with my dad and my mom kept me locked in my room like an animal,” she recalled. “She also drank a lot. She would push me and hit me when she got drunk. I can’t remember anything horrible that I did to deserve all of that. I wasn’t a trouble-maker. I was seven. I had obviously been through some things and maybe [my mom] didn’t know how to deal with that. Maybe in order to get my brother she had to take me too. Maybe she didn’t really want me.”

Her immediate family routinely went on vacation leaving her with a grandfather who sexually assaulted her. The lack of reprieve from the ongoing torment eventually pushed Caitlin to the breaking point and she began acting out.

Three years later Caitlin was sent to live with a foster family in Ohio. While she didn’t always behave appropriately, the new location felt more like home than anything she had ever experienced. When the family expressed interest in adoption six months into her stay, however, Caitlin’s mother decided to enroll her at ranch for troubled children in Montana instead.

Over the next three years, Caitlin admits that her distrust and anger continued to escalate toward the staff. As a result, she was transferred to a facility with a psychiatric ward, and over the ensuing months bounced among institutions with increasing security and heavier treatment measures.

Caitlin became suicidal and nearly succeeded. She once woke up in a hospital room after attempting to hang herself and later tried cutting and swallowed screws and glass—all before age 15. Long tattoos now adorn the inside of her forearms covering the remnants of those dark days.

Caitlin was transferred to so many different wards over the following four years that she has difficulty remembering the order. Her stint with institutional confinement culminated in Georgia, however, in a suicide unit providing Level Six psychiatric services. There, a final act of defiance earned her a criminal destruction of property charge that led to nine months in jail.

“I was so young in the mind,” she continued. “I wanted so badly to find people I could trust. I got connected with some guys at a shelter there and soon I was doing drugs and living on the streets.”

Marijuana, ecstasy, and cocaine regularly coursed through her system and Caitlin would do whatever it took to get her fix. After being dismissed from the shelter following a failed drug test she began sleeping in parks and on city benches. Savannah became home, but the comforts of familiarity and consistency were tragically woven among the fibers of homelessness, addiction, and broken relationships.

Caitlin tried starting over in Ohio, Tennessee, and Alabama. Unfortunately, her choices led to increasingly darker outcomes. Theft and burglary supported her habit which had grown to feed on heroin and methamphetamines. Facial scars testify to the domestic violence she fled. She even had two children who have either been adopted or are in temporary family custody.

Humbled by brokenness and loss, Caitlin eventually decided it was time for real change. But how do you begin when you’ve never been shown the way?

“I had no ID, so I couldn’t get a job,” she exclaimed in deep frustration. “I’ve never worked before. I don’t even know how to drive a car. I didn’t know what to do.”

Caitlin reads a prepared message at her phase one graduation

Caitlin tried a few local nonprofits and eventually made an appointment at Jessie’s Place. Over the last several months the staff has helped her file government paperwork to obtain identification and other essential documents. She has been progressing quickly through the program and recently completed the first phase.

“The amount of support and love I’ve felt from every single person here has changed me,” she said. “It’s like nothing I’ve ever felt before. Coming in here and seeing how much everyone wanted to help me has made me change the way I look at things. It’s made me want to take the steps to be better.”

Caitlin now wants to pursue social work to help others who are where she has been. She hopes to complete her GED by the end of the year and then enroll in college.

“I’ve learned that I can’t change the past, no matter how much I want to,” she said. “I went through a lot, but none of it killed me. I believe God wants me to do something in this world, and that’s work with at-risk youth. Those kids just need someone who understands and to love them. And if I can change just one child’s life, just one, I think I will have fulfilled my purpose on this earth.” 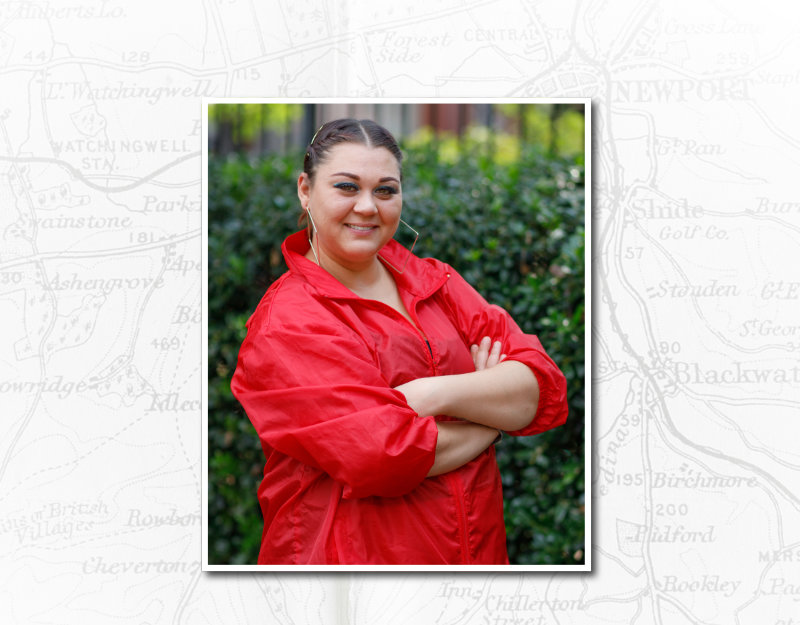